Losing the right to bodily integrity because of your opinions is the logic of authoritarian societies, whether fascist, theocratic or patriarchal. It’s Assad’s logic, who imprisoned and tortured my Syrian friend for 89 days because of the contents of his diary.

I wanted to reach out and smack someone after the election myself. Normalizing violent response to speech is bad strategy as protesters under Trump. #punchanazi is a failure of imagination in politics - like a toddler too angry to use words. Here are things to do instead of punching Richard Spencer or other Nazis:

If you still have repressed aggression after all that hard work, find a mosh pit & dive in. That’s why punks invented them. Even Richard Spencer’s own hometown got rid of Nazis without punching them.

So the moral is: “Be violent in self-defense against violence, but never to silence”. #dontpunchnazis 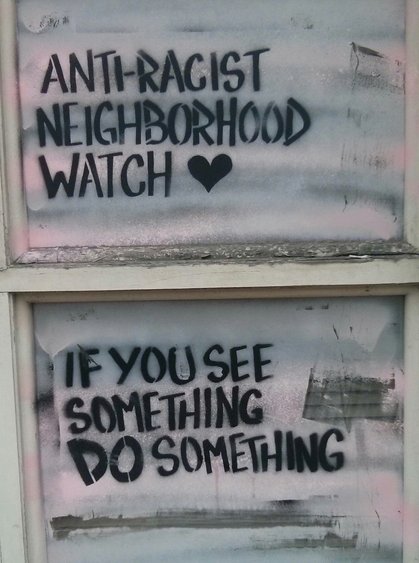